It all started in 2007, in the basement of the Juozo Tallat - Kelpša Conservatoire. Linas Karaliūnas had been working there for some time with drummer Viktoras Krasauskas and not long after that they were joined by bassist Gediminas Svilas, who was nicknamed "Ilgas" ("Longman") because of his height (exactly two meters - we still sometimes use him as a ruler). The company started their life together in the basement of the Conservatoire.

The basement had almost no conditions for music rehearsals, so Linas Karaliūnas negotiated with the Conservatoire at the time to dedicate them an upright piano. They got an old, broken upright "Riga", with only half the keys working. Linas spent four weeks dismantling and repairing the piano, and it was quite by accident that he managed to learn how to repair pianos, and later how to tune them. There was only one rule: if you don't learn it yourself, nobody will help you. Thanks to this rule, the inhabitants of the basement learned to do many things, even things that had nothing to do with their specialties. The three musicians did not come from rich families, so they had learned to get most of what they got with their own hands. The basement equipment was a Riga upright piano, Viktor's drum kit, a bass guitar amplifier, and an old computer with a library of jazz recordings piled up in all corners.

The inhabitants of the basement used to play together, study together, go to lectures together (or skip), eat together and socialise together, and spent there days and weeks. In the same way, they started to do everything together outside the Conservatoire - they were best friends, buddies and musical partners. All three of them were very different people, but they all had a common idea and a common passion - and that was jazz.

There was a great search, a search for methodologies, for how to learn, how to live. There used to be long discussion forums in the basement about everything, and especially specifically about musical techniques such as rhythm, harmony, composition, improvisation, and also conception. Often some of the teachers would join in, and they would sit in the basement drinking coffee and discussing the principles of jazz.

They noticed that the musicians studying around us were doing things a bit differently, that music education lectures were not organised the way they should be, that musicians didn't learn rhythm because they thought it was only for drummers, that jazz improvisation was learnt by playing prewritten improvisations from sheet music, and so on. They were the ones who were trying to find specific learning principles that were not written down in sheet music or textbooks, and who were trying to define everything precisely - in short, going completely against the flow. Then came the idea of "retiring" from being musicians. Thus was born the RMSC Club - the Retired Musicians Social Club. Social because they were like a separate community. Later, guitarist Vytas Rasimavičius and saxophonist Vilius Streckis joined the club. The quartet formed with Vilius later became the most frequent public performer, but sometimes they still perform as a trio, sometimes they invite guests - it all depends on the venue. Linas Karaliūnas said: "The members of the RMSC are all very talented and capable of achieving a great deal. However, they all need to fight against the passivity, the fragmented motivation and the lack of goals that permeate the environment and most of the people around them."

The trio toured in Ukraine in 2008, performed at the Lviv International Book Fair Festival, arranged by S. Giedraitis.

Later on, the RMSC club started to work more as a quartet, although the trio's work was also given enough attention. After graduating from the Conservatoire, they lost their "home" basement and moved to a new studio in the centre of Vilnius. The studio was on the fifth floor, and because of the stark contrast with the basement and its poor conditions, many ideas were born to create a studio with good working conditions. Linas bought a new piano, and immediately got a great half-kilowatt sound system with a 10-channel mixer. A singer who was a supporter of the club donated a high-speed computer, and the internet was also connected. The studio had a lot of space, four large rooms in total, so it was equipped with facilities for living, kitchen, bedrooms, etc. RMSC has created all the conditions to live, work and develop. Often in the kitchen we would sit up until dawn discussing both music and life. The studio was also equipped with soundproofed rooms for each musician to practice individually.

Later, already in a quartet, they travelled to Dusseldorf in western Germany. It was August 2009. The idea of the RMSC was to play in the street, but only after we got there, it turned out that you can't play electric instruments in the street. They had to rapidly develop an alternative plan. RMSC does not get lost in any situation in life, because they are used to improvising in life as in music. They bought costumes at a local showroom and started looking for work in cafes and bars. In Dusseldorf they met a German man of Russian origin, who helped them and successfully took up management. As RMSC intelligence has shown, there is a need for jazz there too. So the work was done and through several trips there - the club has steady contacts and bookings.

The club was then joined by drummer Gediminas Stankevičius, an old school friend of Linas and Ilgas, who had studied percussion on his own.

Also, one day, just passing by, the Italian singer Antonio Palmisani, who had come to Lithuania, saw RMSC playing in a restaurant and spoke to them. This "conversation" led to the beginning of his own musical career in Lithuania. He brought a new wind to the club - Latin American music, which the RMSC has been studying persistently ever since, because there is an inexhaustible treasure trove of culture there.

Later on, vocalist Diana Anisko joined the club. Together with Diana, Longman and Linas went on a one and a half year musical journey through Western Europe. A lot of experience was gained there.

Later on, the club members "grew up", started families and scattered all over Lithuania, but continue to make music together successfully. The members of the club have become highly sought-after musicians in various Lithuanian and foreign projects.

RMSC club members have a mutual respect at all times. They all have a common goal, although their lives are different, they are able to combine them perfectly and fully immerse themselves in the search for musical methods in rhythmics, harmony, composition, arrangement, and the overall musical concept. The RMSC analyses mainstream jazz music, and also devotes a lot of time to in-depth studies of Latin American music, which are two of the RMSC's main areas of focus. However, you have to deal with all kinds of music, and the idea of RMSC is to do everything in an organised and defined way, leaving no room for misunderstanding, so the work is always done methodically. The club has been taught to think methodically by the man who deserves the club's highest respect - late Sigitas Giedraitis, former head of the jazz department at the Faculty of Arts of Vilnius College.

RMSC continues to exist with its own direction and does not succumb to negative environmental influences. 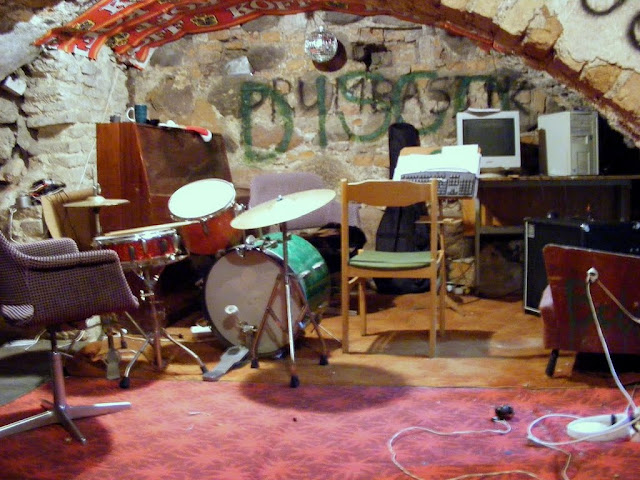 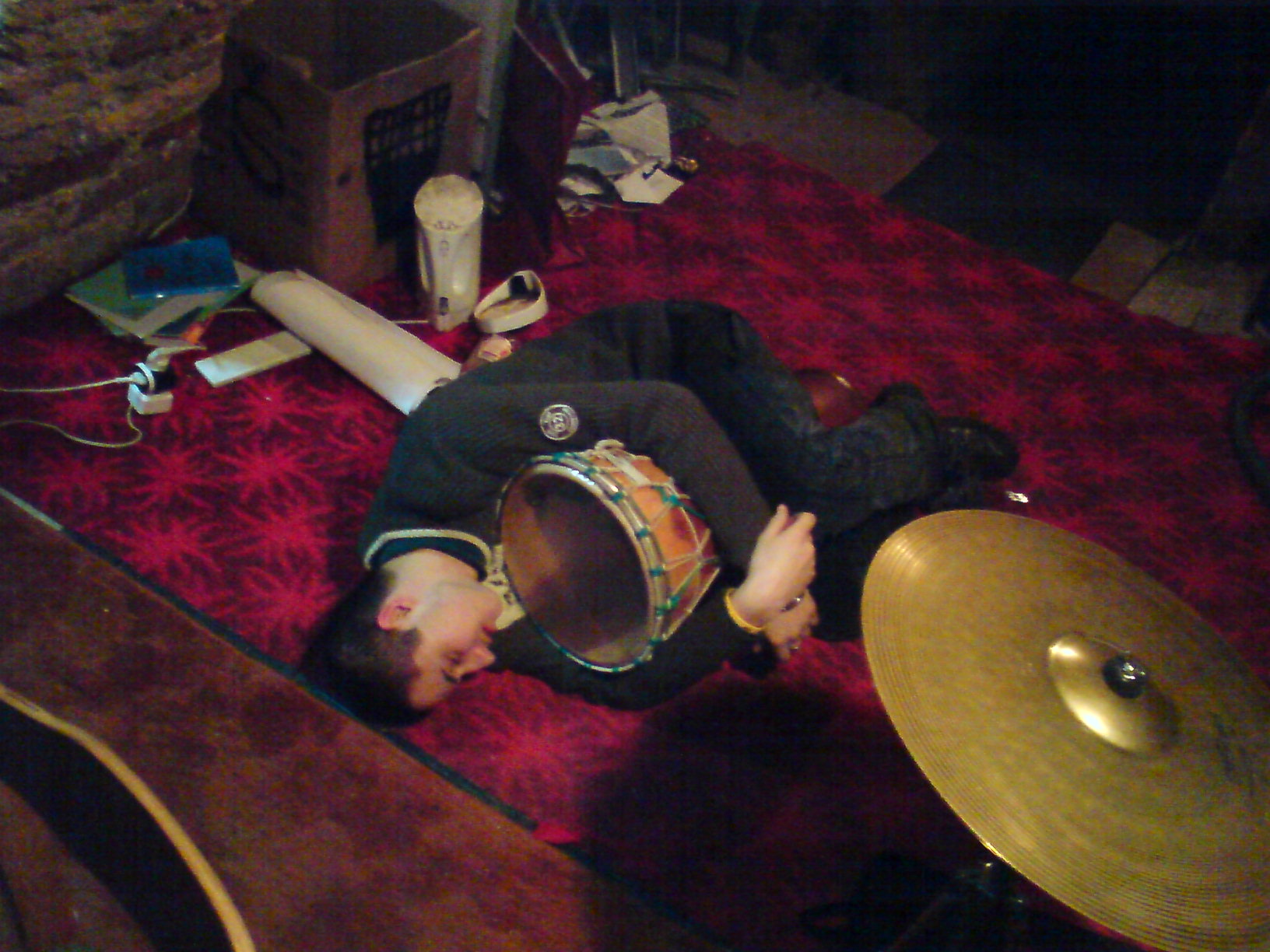 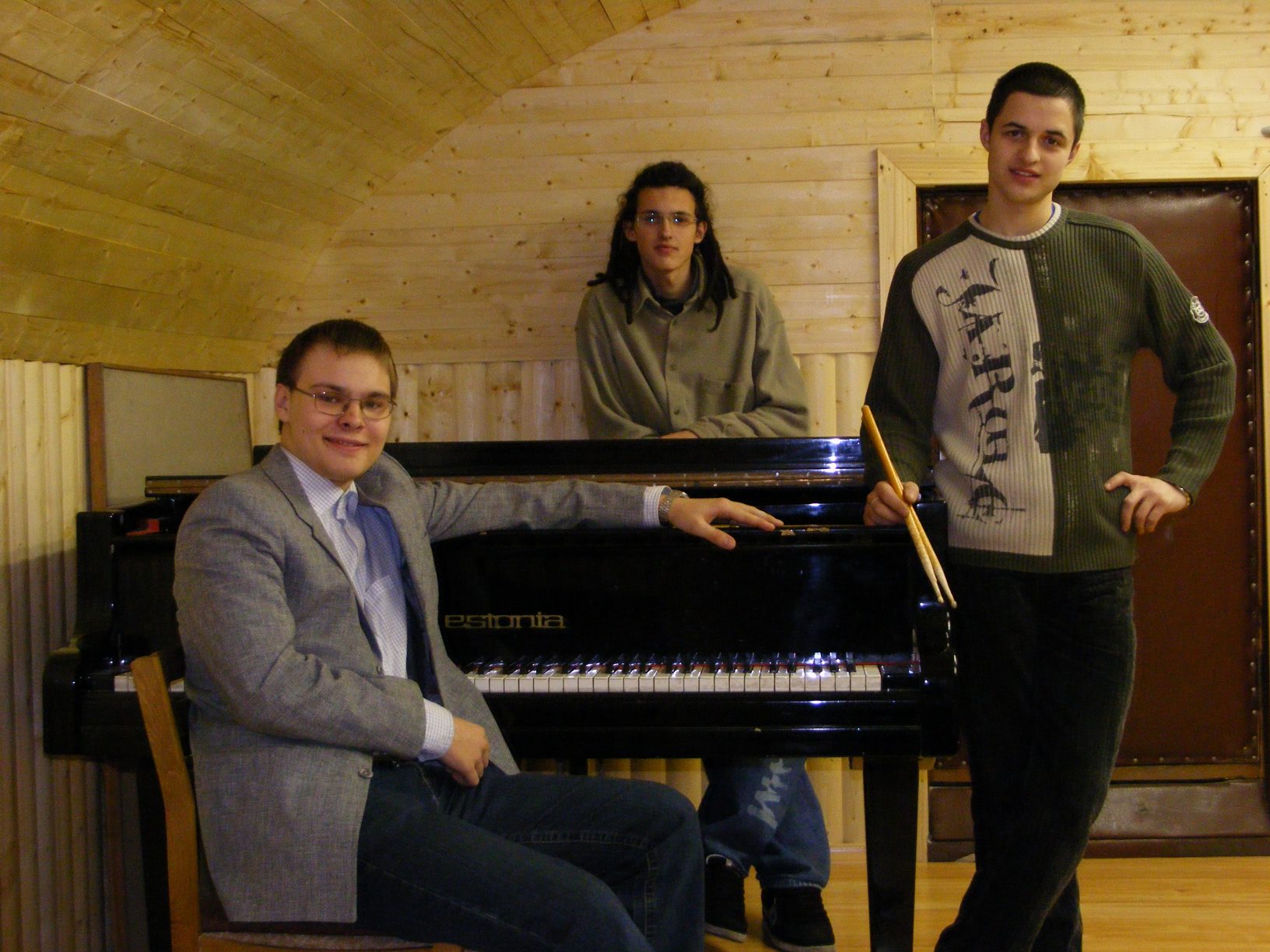 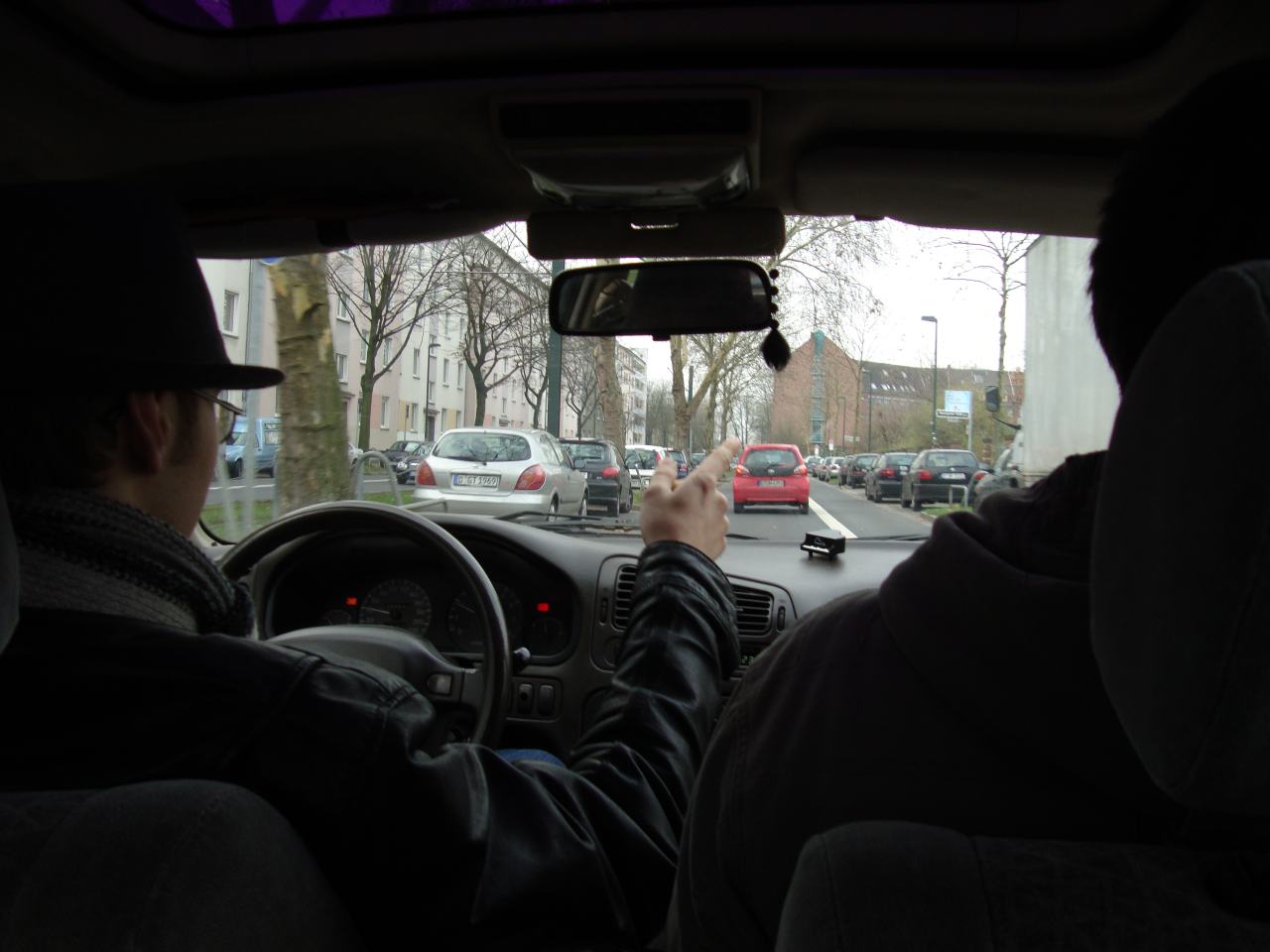 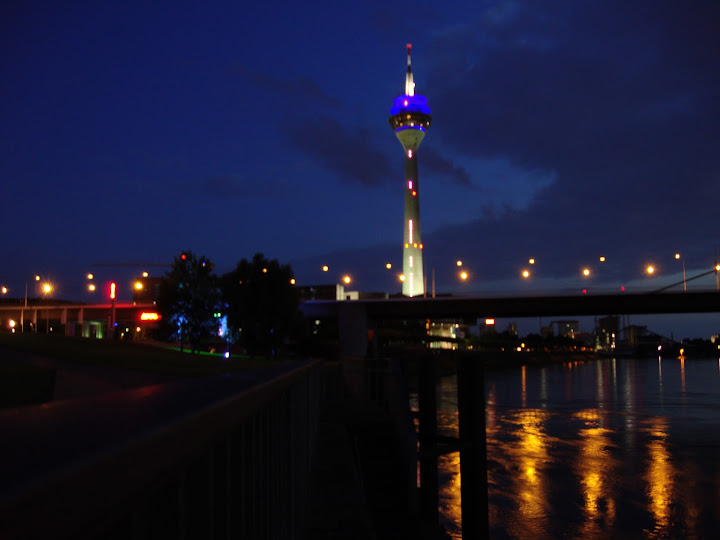 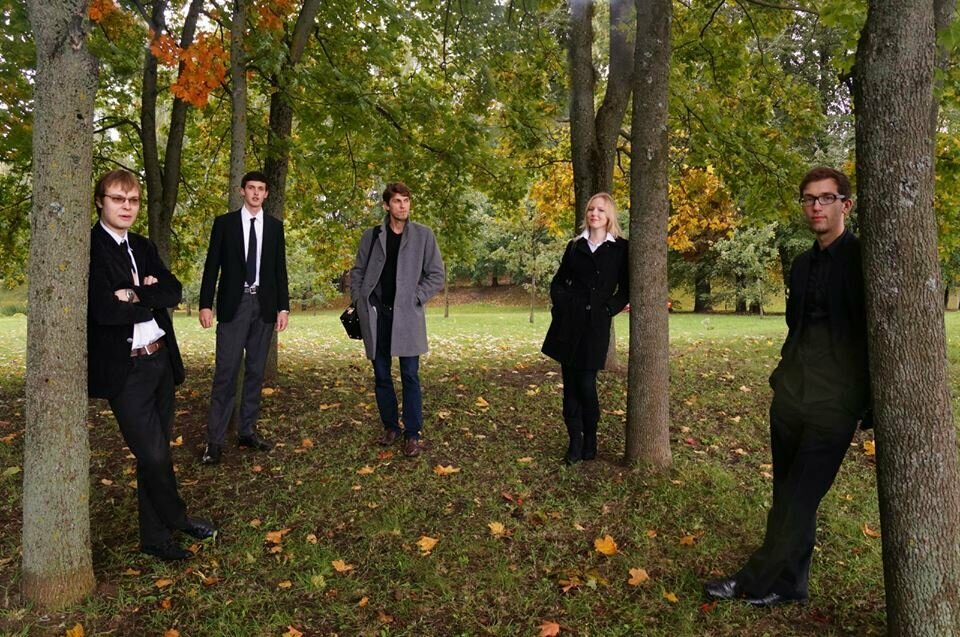 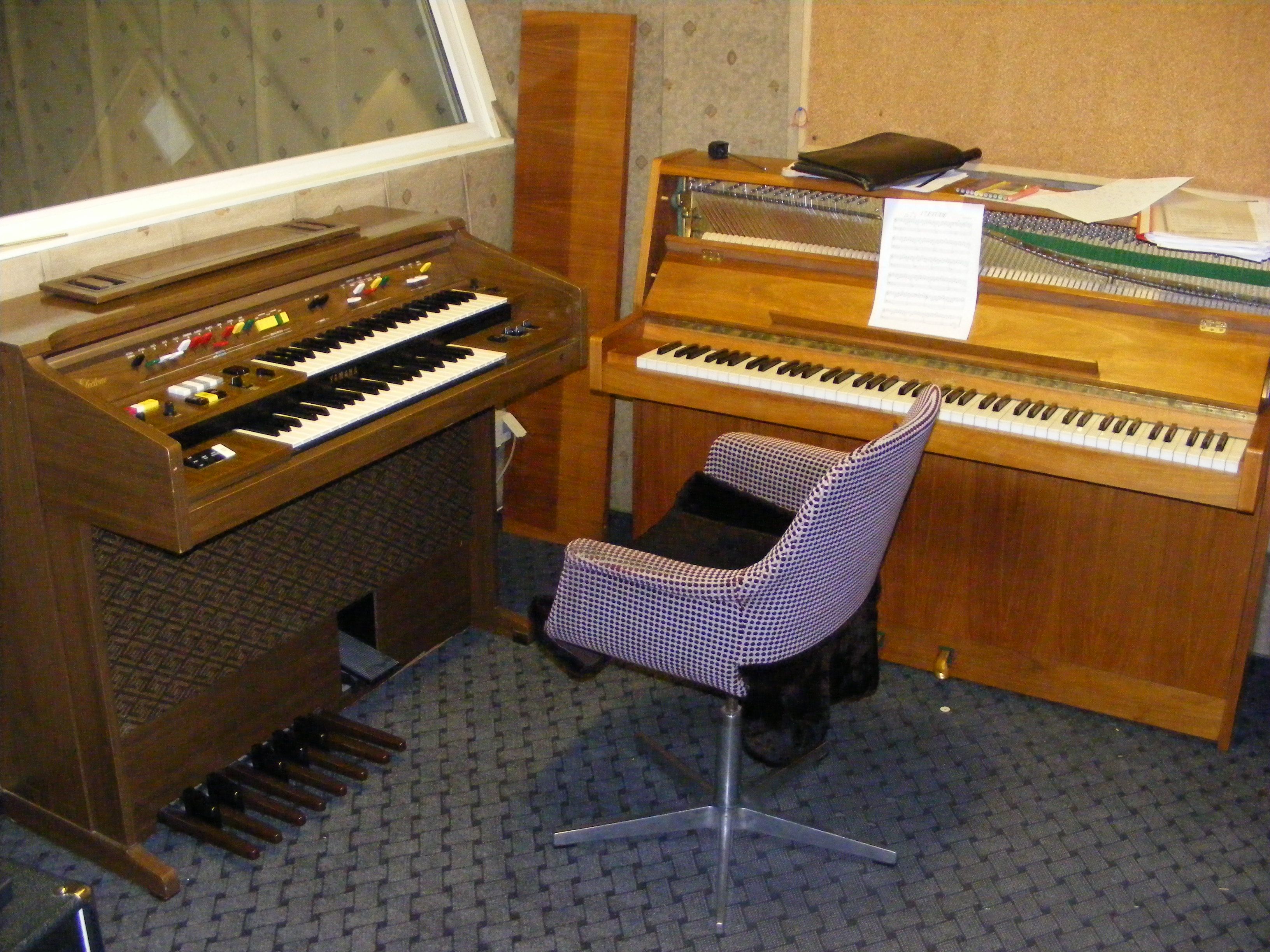 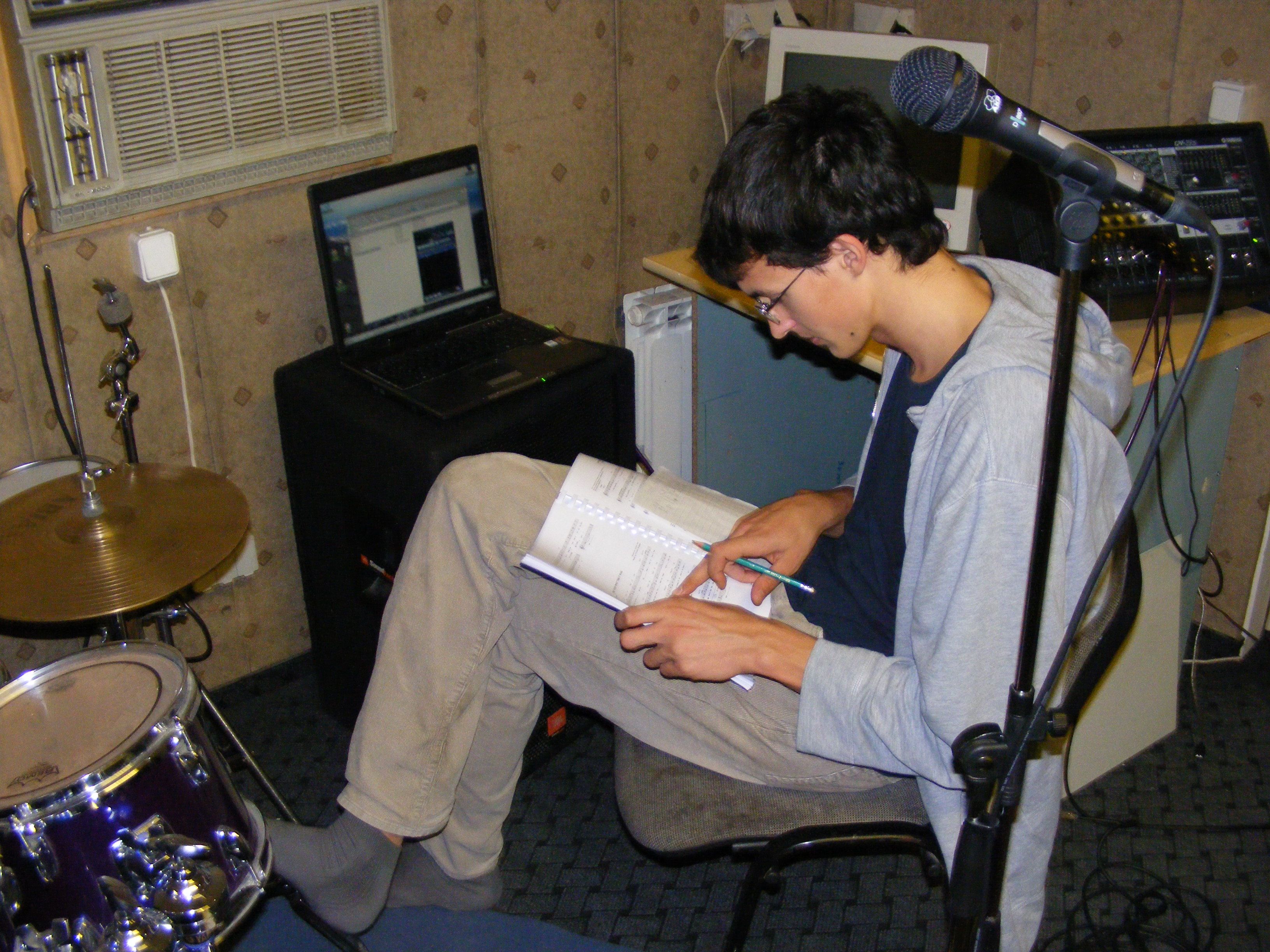 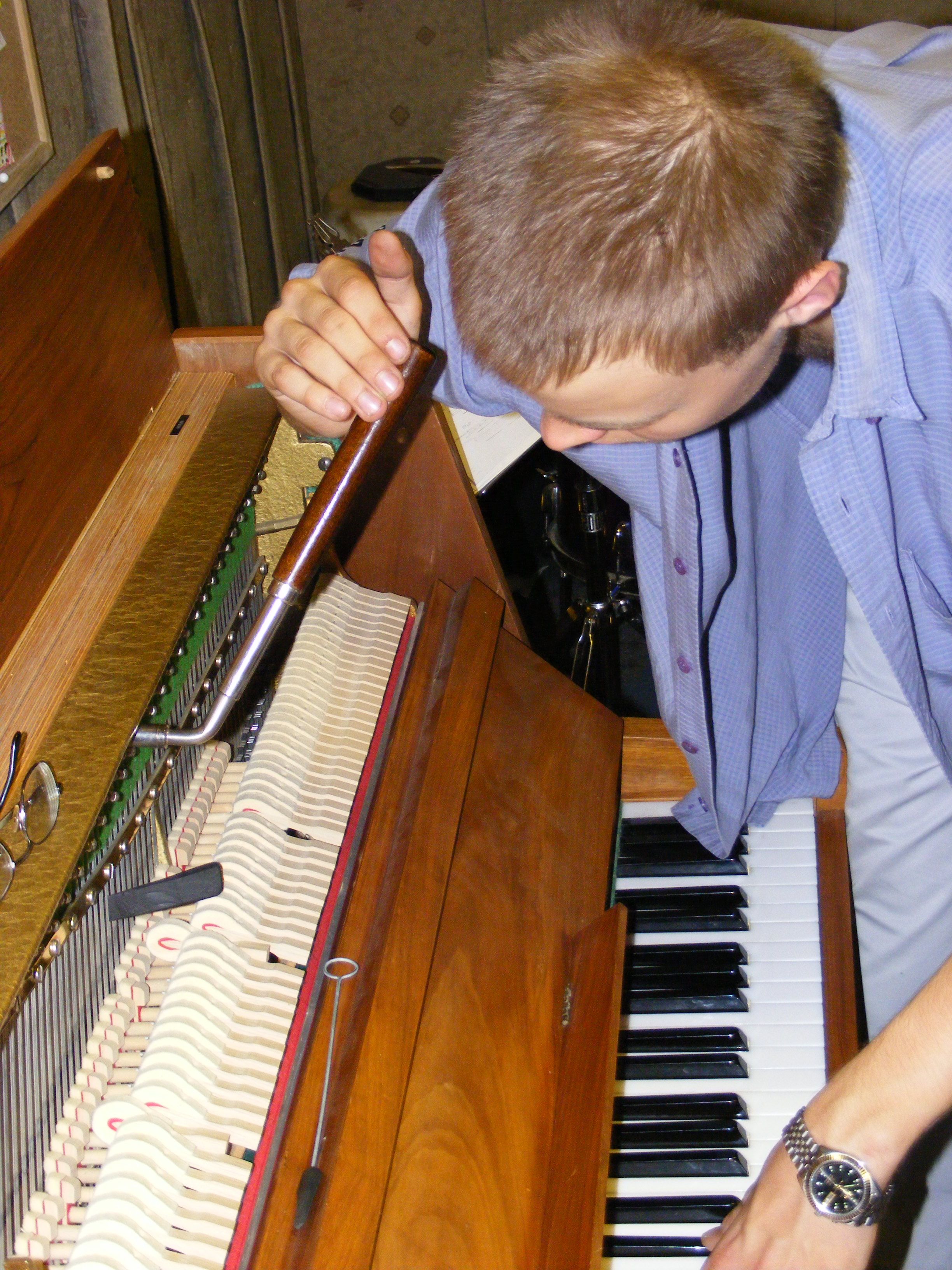 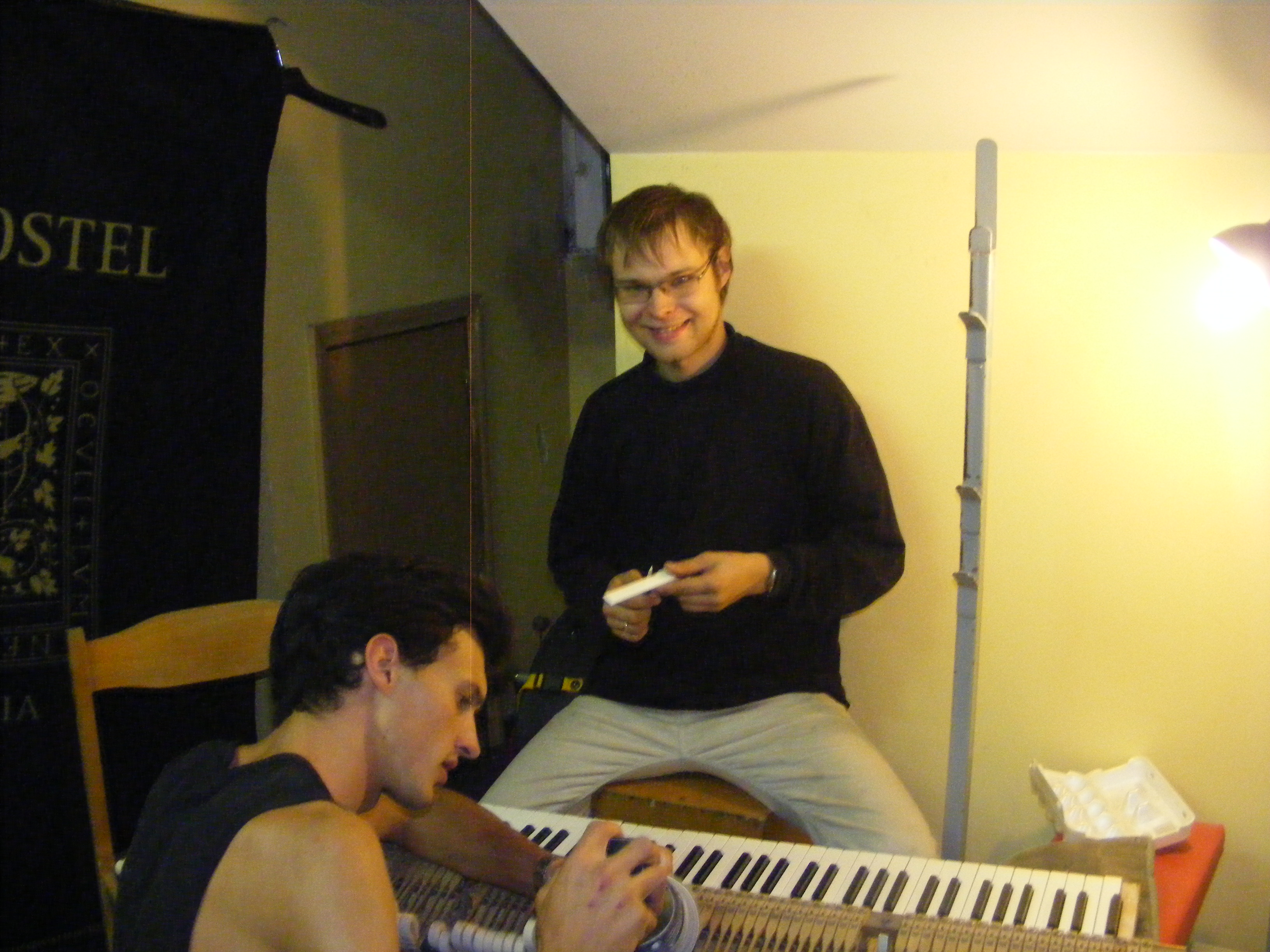 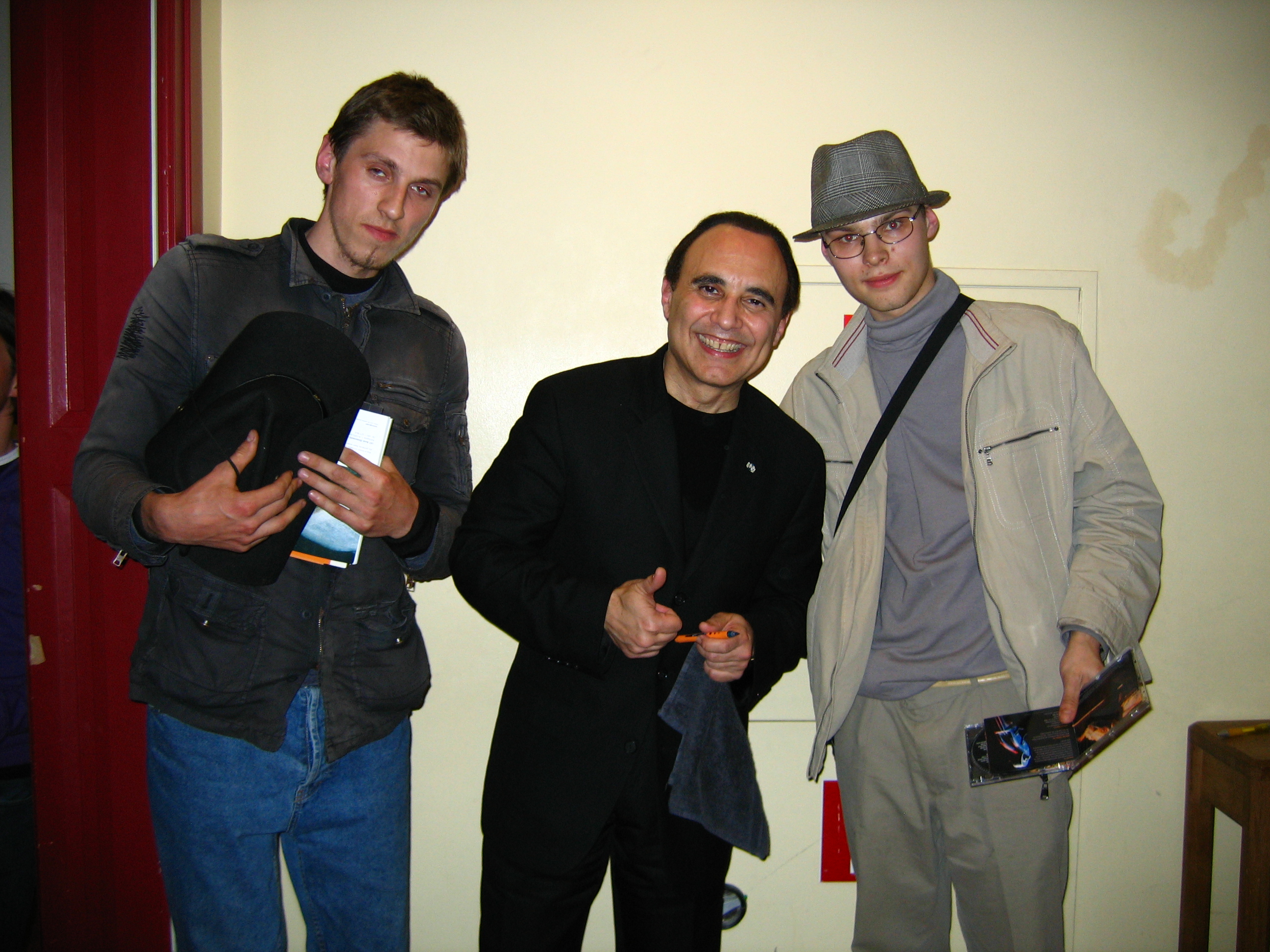 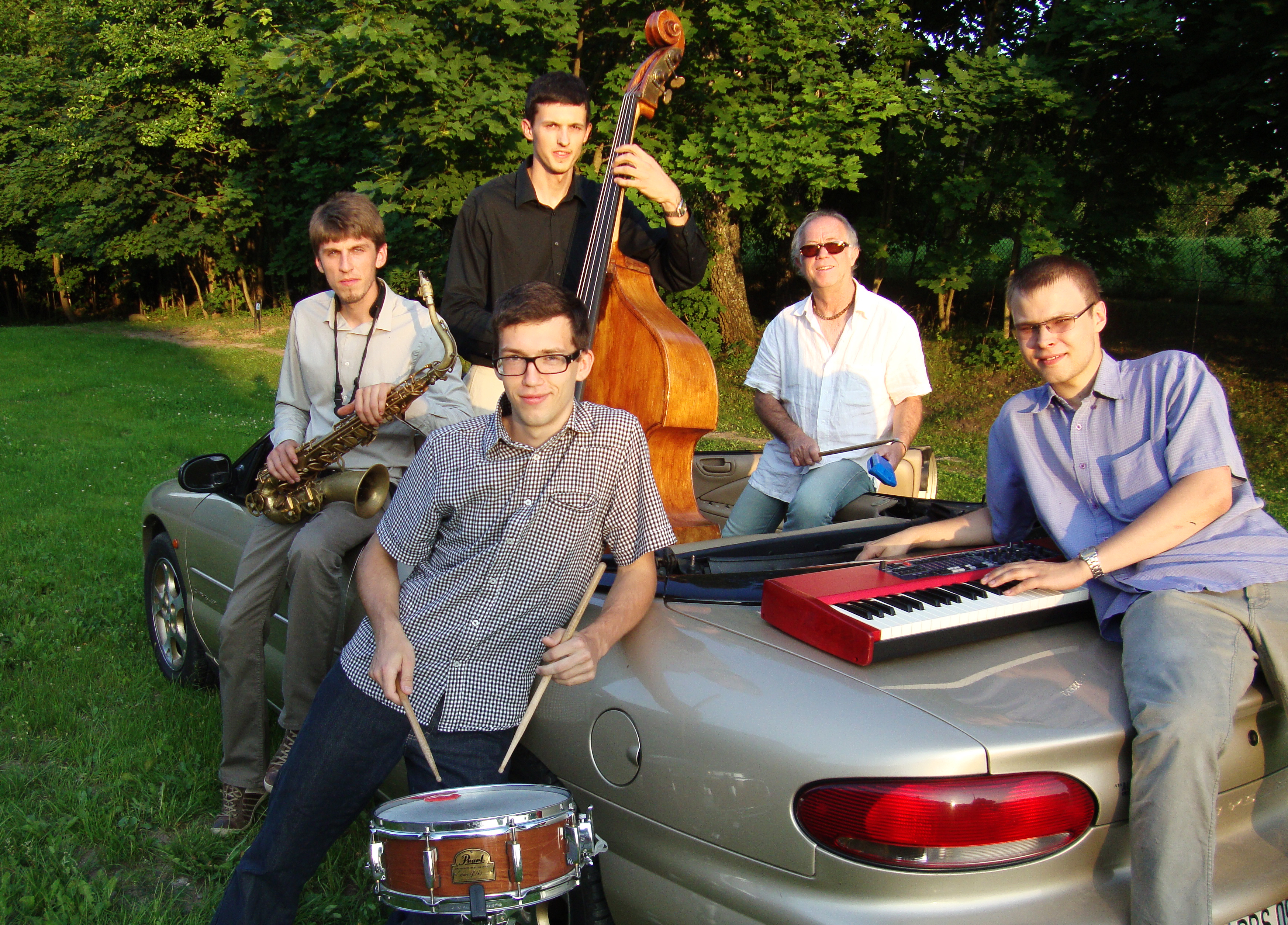